Gas Guzzling Is Back

Demand for gasoline surges...but maybe not for long.

Americans are back on the road, and their fuel consumption proves it. But will it last? Maybe not.

Gasoline consumption has regained 91% of its pace a year ago, according to the U.S. Energy Information Administration. 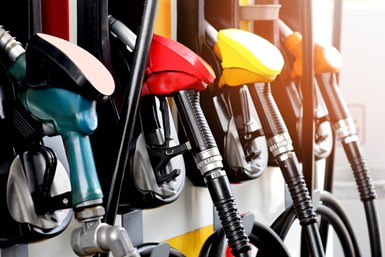 EIA says service stations were buying about 9.7 million barrels of gasoline per week before the COVID-19 pandemic hit in early March. By early April, deliveries had plunged 46% to 5.1 million barrels.

But volume has bounced back since then. Last week, stations bought 8.6 million barrels of gasoline, according to the administration.

As demand grew, so did average fuel prices. Gasoline in the U.S. was at $1.96 per gallon a month ago, according to insurance giant AAA. Today it’s at $2.17.

AAA figures prices will continue to rise over the next few weeks, assuming demand does the same.

All of this is happening as oil prices continue to gyrate wildly.

A barrel of Brent crude, the international standard, started the year at nearly $69. By the end of March, it was selling for less than $15.

Three days later, the price was at $25. It bounced around $20 for two weeks, then crashed to a historic low of  $9 in late April.

Where it languished…for one day.

Analysts warn that the resurgence in COVID-19 cases in the U.S. could trigger a new swoon in oil prices. On the other hand, major foreign oil producers continue to reduce their output in hopes of avoiding yet another crash.

Either way, price stability in the oil patch—and at the gas pump—remains an elusive goal.