But the connection between the two isn’t clear, yet
#Continental

Fuel prices in the U.S. are on the rise again. Oil production is down. For now, the two are not in step.

The nationwide average price for gasoline is just two cents below $2 per gallon, according to insurance giant AAA. That’s up 21 cents from one month ago but still 84 cents below the $2.82 average at this time last year. 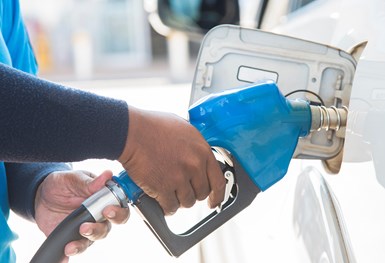 Current averages among the continental states are cheapest in Mississippi ($1.59 per gallon) and costliest in California ($2.91), according to AAA. Hawaii, almost always the country’s priciest market, is at $2.26.

The price uptick reflects a sharp upswing in fuel consumption, now that more Americans are on the road again. But the country’s supplies of crude oil, from which gasoline is refined, keep rising anyway, according to the U.S. Energy Information Administration.

Fuel prices remain low because of a global glut oil that has developed over the past two years. This year, stay-home orders to curb the spread of the coronavirus dried up demand, causing the oversupply to grow even faster.

At the beginning of the year, the price of Brent crude, the international standard, was at $70 per barrel. By April, prices had plummeted to $18. Oil traders literally were running out of places to store the petroleum.

Last month, producers agreed to cut their output 10%, starting May 1. In a rare show of solidarity, most complied.

The gesture nearly doubled the price of oil to $34 per barrel. That still isn’t high enough to make it worthwhile for big producers such as Saudi Arabia and Russia to pump more of the stuff out of the ground.

This week, the major petroleum producers hope to agree to continue their quotas. But at what level and for how long isn’t clear.

Oil ministers say Russia wants to begin easing the limits in July, but Saudi Arabia wants to keep the 10% cuts in place until January, Bloomberg News reports. If EIA’s forecast is correct, retail gasoline prices will stay low through December no matter what the producers will do.