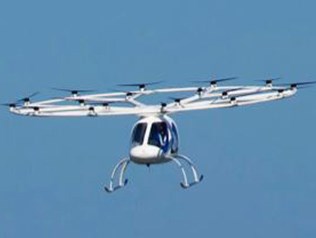 The Chinese carmaker led the third-round funding that raised €50 million ($55 million). Daimler AG, which invested in Volcopter in 2017, also contributed to the new round.

As part of its investment, Geely will get about a 10% stake in Volocopter. Co-founders Alexander Zosel and Stephan Wolf continue to hold a controlling interest in the company.

Volocopter, which has been testing autonomous vertical takeoff and landing aircraft for several years, originally aimed to launch commercial applications by late 2017. The company now is targeting pilot programs in Dubai, Singapore and an unnamed European city early next decade. It also will work with Geely on applications in China.