When self-driving vehicles hit the road, they’ll need all the help they can get to know exactly where they are at all times.

Enter Geely Holding Group. The Chinese carmaker, which owns Volvo Cars and has big investments in Daimler and Proton, has an audacious plan to build and begin launching a swarm of low Earth orbit satellites later this year. 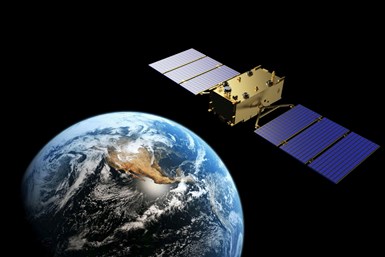 The idea is to set up a network of low Earth orbit (LEO) telecommunication satellites that can deliver navigation, internet and cloud computing services for self-driving cars. Doing so will make Geely the first non-governmental satellite operator in China.

Geely’s network will employ hundreds of birds, as they are known in satellite circles, that zip around the Earth at an altitude of several hundred miles, circling the globe nearly a dozen times per day.

Because of their high speed, LEO birds are able to maintain continuous communication with a ground target only by handing off transmission from one to another as they whiz past. That means an LEO network needs lots of satellites. 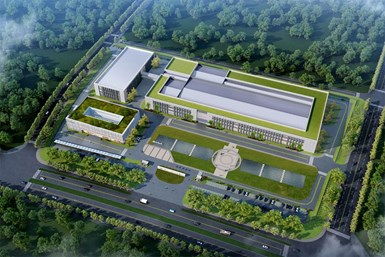 Since LEO satellites fly at relatively low altitude, they can provide navigational accuracy within inches. The familiar GPS satellites we use now for in-car navigation can’t do that. They fly at an altitude of 22,200 miles and can offer accuracy only to within a few yards.

On the other hand, it takes only one or two satellites at that altitude to serve an entire continent. That’s because so-called geosynchronous-orbit birds circle the Earth at the same pace that the Earth rotates. From the ground, GSO satellites (think Dish or DirecTV) appear fixed in the sky.

In 2018, Geely set up a 300-member team called Geespace to run its satellite project. The company also is building a 2.8 billion-yuan ($326 million) factory and test center in Taizhou to produce the birds for its network.

By 2025, Geely figures the plant will be cranking out 500 satellites per year. The company notes that LEO birds work for 1-10 years, then burn up as they reenter the atmosphere and must be replaced.