Germany’s highest civil court ruled today that owners are entitled to compensation for diesels that VW rigged to evade emission limits for oxides of nitrogen.

The ruling allows owners to return affected vehicles for a partial refund, Reuters reports. The news service says the court’s buyback decision will serve as a template for some 60,000 individual complaints filed in lower German courts.

VW’s cheating was revealed in the U.S. September 2015, and regulators promptly banned affected cars. Owners quickly sued VW for damages of lost use and value. The carmaker ended up compensating some owners and buying back vehicles from others as part of a $15.3 billion settlement in 2017.

In Europe, regulators didn’t ban the rogue diesels. But they did fine VW and order it to update engine control software, thereby lowering NOx emissions in 8.5 million diesels in Europe.

VW, which complied with all regulatory orders, has insisted that owners have no case because they never lost the use of their vehicles. But the company also has pledged to work with affected owners on a vehicle buyback plan under the new court ruling.

How Much Will It Cost?

VW has paid out some $30 billion in fines, compensation and environmental restitution for the diesel cheating, most of it in the U.S., to date. 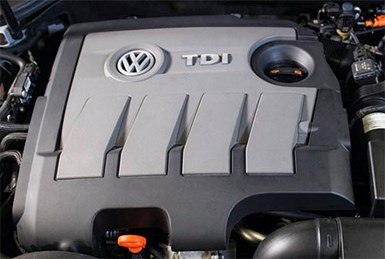 The company hasn’t said how much the new ruling could cost. But Reuters notes that a lower court in Germany had ruled previously that an owner was entitled to 80% of the original €31,500 ($34,300) purchase price of a used vehicle he bought in 2014.

The German high court says it has “in principle confirmed the verdict” of the lower court.

VW tells Reuters that it faces more than 100,000 similar damage claims by owners elsewhere across Europe. About 90,000 of those cases are part of a class action-type lawsuit filed in December in the U.K.

Separately, VW says it has set aside €830 million ($904 million) to settle a similar aggregated complaint on behalf of 400,000 diesel owners in Germany.

The company tells Reuters that it also has paid out €750 million ($817 million) to settle 200,000 individual damage claims by owners who opted out of the pending group lawsuit.