German startup Lilium GmbH has unveiled a new five-passenger prototype of an electric air taxi it hopes to put into production by 2025.
#HP #tech #europe 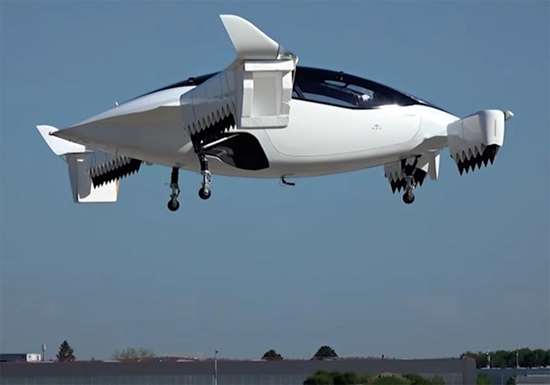 German startup Lilium GmbH has unveiled a new five-passenger prototype of an electric air taxi it hopes to put into production by 2025.

Dubbed the Lilium Jet, the vertical takeoff and landing plane is powered by 36 electric motors mounted on four wings and generating a combined 2,000 hp. The wings tilt to transition between vertical and horizontal flight. Once under way, the wings provide lift that enhances energy efficiency.

The 4-year-old company tested a remote-controlled, two-seat version of its VTOL plane in 2017, claiming a flight speed of 300 kph (186 mph) and range of 300 km (186 miles) per charge. The new rototype so far has demonstrated only vertical flight.

Lilium notes that a five-passenger air taxi is considerably more appealing for commercial operations than smaller aircraft. The company says its design is much quieter and smoother than a helicopter and is far simpler, cheaper and more efficient than flying taxi concepts being developed by others.