Kelly and Ghosn were arrested separately on the same day in November 2018 on suspicion of financial wrongdoing. Ghosn, who incurred three additional charges of financial manipulation, skipped his $9 million bail at the end of last year and fled to Lebanon. 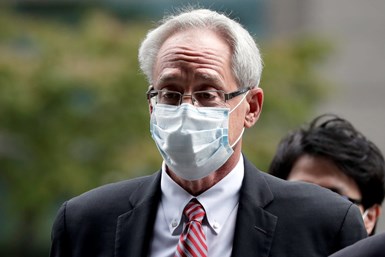 Greg Kelly on his way to court.  Image: Reuters

Ghosn declared himself the victim of a conspiracy between Japanese prosecutors and a cadre of Nissan executives who sought to block his efforts to merge Nissan with Renault, its alliance partner since 1999. Ghosn asserted that a fair trial in Japan was impossible under the country’s “hostage justice system” and has vowed to clear his name while in exile.

Kelly has been out on bail but restricted to Japan since Christmas Day 2018. He faces charges of helping to disguise Ghosn’s true compensation in violation of Japanese disclosure laws. He could face as much as 10 years in prison if convicted.

Prosecutors claim Kelly, as Nissan’s head of human resources, conspired over eight years to hide 9 billion yen ($85 million) in deferred compensation for Ghosn that should have been publicly disclosed.

In his opening statement on Sept. 14 (which happens to be his birthday), Kelly pleaded not guilty of any criminal conspiracy. He asserted that his only objective was to help Nissan retain Ghosn, an “extraordinary executive” who saved the carmaker from bankruptcy more than 20 years ago, then led it to unprecedented sales and profits. 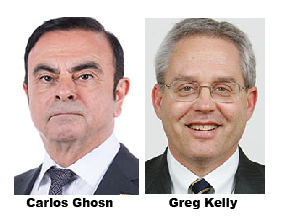 Kelly isn’t likely to be heard again in court until May, when the prosecution is expected to finish laying out its case. A verdict from the three-judge panel isn’t likely until about this time next year.

Prosecutors enjoy a 99% success rate in Japan. Critics say that is because defendants are presumed guilty, may be interrogated at length without defense counsel present and usually cannot be granted bail unless they confess.

Kelly’s defenders also say that prosecutors produced 84 boxes of case materials a year ago but so far have turned over only six boxes to the defense team.

Japan’s Ministry of Justice insists that the country’s legal system is comparable to other developed countries and asserts that Kelly will get a fair hearing. Critics see it very differently.

“It’s as unfair a playing field as I’ve ever seen,” grouses U.S.-based attorney on Kelly’s team to Bloomberg News. “There’s no way he can get a fair trial in Japan.”