What do you do as an automotive tycoon when you fall from grace? If you’re Carlos Ghosn, you hire a big-time agent to plug your story to Hollywood. 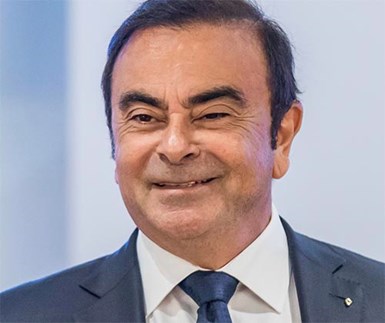 Ghosn was flying high 15 months ago as the revered chairman of Renault, Nissan, Mitsubishi Motors. It all crashed spectacularly when he was arrested in Tokyo in November 2018 and eventually charged with financial wrongdoing at Nissan.

Ghosn has steadfastly professed his innocence since then. He blames his woes on a cadre of Nissan executives who he believes thought that ousting him would torpedo a would-be merger with Renault. Ghosn also says he concluded that obtaining a fair trial in Japan was impossible.

Now he is a fugitive in Lebanon after being spirited out of Japan in a Mission Impossible-like escape. Japan has issued an arrest warrant against him and his wife, and he has been added to Interpol’s “wanted” list.

Meanwhile, he hasn’t been shy about using nonlegal channels to complain about his treatment.

Ghosn figures a tale of double-dealing, government collusion, barbaric jail conditions and a daring getaway would make a great movie or TV mini-series.

No word yet whether Hollywood agrees. But Ghosn has hired Michael Ovitz, the entertainment business’ highest-profile dealmaker in the 1990s, to find out.

Ovitz is a cofounder of the Creative Artists Agency, which is perhaps Hollywood’s most powerful talent agency. He has been especially adept at big deals involving the film and television industries. That talent landed him a brief and stormy stint in 1995 as first lieutenant to Disney Chairman Michael Eisner. He exited that job a year later, taking with him a severance package worth $140 million.

Long considered a god in the business world for saving Nissan from bankruptcy, Ghosn is especially determined to restore at least some of that luster.

As Bloomberg News points out, he also could use the money generated by a hit movie or TV series about himself. Ghosn forfeited a $14 million bail bond by skipping to Beirut. He also may have spent as much a $15 million to escape Japan.

Ghosn has been coy about the details of his escape, no-doubt figuring those tidbits would generate interest in a movie/TV series. A Ghosn spokesperson tells Bloomberg there is no deal yet and that any discussions are in the preliminary stage.

Ghosn’s hope for a big payday may be bolstered by the financial success of the racing film “Ford v Ferrari,” a Best Picture nominee for this year’s Academy Awards. The film didn’t win that honor, but it did pick up Oscars for best film editing and sound mixing. The picture has grossed $224 million.

But Ghosn might be wise to consider another and more relevant film from last year. The critically acclaimed quasi-documentary “Framing John DeLorean” describes the remarkable adventures of the man behind the gullwing DeLorean sports car, capped by his arrest on charges of cocaine trafficking and (spoiler alert) his subsequent acquittal.

Nobody has accused Ghosn of drug dealing. But the DeLorean film is an entertaining and thought-provoking look at the limits of acceptable executive behavior. “Framing John DeLorean” has so far collected something less than $200,000 in box office receipts.