Ghosn Will Plead Not Guilty to All Charges

Former Nissan Motor Co. Chairman Carlos Ghosn is readying a plea of not guilty to all charges of financial wrongdoing, says The Nikkei.
#people #Nissan #asia

Former Nissan Motor Co. Chairman Carlos Ghosn is readying a plea of not guilty to all charges of financial wrongdoing, The Nikkei reports.

Ghosn’s attorneys will outline their position at a pretrial meeting with prosecutors on Oct. 24. Ghosn, who was last Nov. 15 and removed as chairman a week later, is not expected to go to trial until next spring. 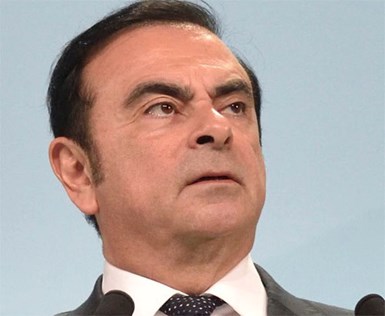 That trial is expected to focus on charges that Ghosn hid 9.1 billion yen ($84 million) in deferred compensation from Nissan, which failed to report it. His defense team will insist the compensation never existed, according to The Nikkei.

Ghosn also refutes claims that he illegally funneled corporate funds to acquaintances in Oman and Saudi Arabia. His lawyers say the transactions were conducted properly and caused no harm to Nissan. Those charges may be contested in a later trial.