Worldwide demand for light vehicles was down 7% year-on-year in July. But the annualized selling rate continues to rebound. 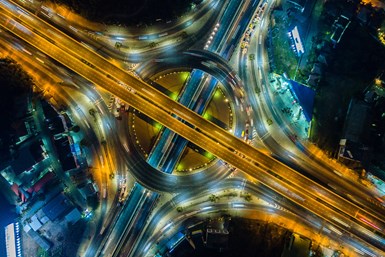 LMC attributes the upturn to pent-up demand, making it difficult to determine actual market strength. The firm also cautions that a major second wave of COVID-19 cases could upend the recovery.

For now, the world’s strongest markets are China, South Korea and eastern Europe. Their July sales were up 13%, 8,% and 18%, respectively. Korea also is the only major market whose 2020 sales to date are greater than last year’s.

All other markets are still in recovery mode.

The U.S. is a good example. July sales lagged last year by 11%, but the selling rate perked up to 14.6 million from 13.2 million in June. More important, retail sales for the month were down only 8%, compared with 29% for fleet orders. LMC notes that the retail side of the business is the better indicator of the health of the market.

In China, the annualized wholesales rate jumped to 30.7 million units, making it the strongest month in nearly three years. Sales through the first seven months fell 15%, but the pace over the past three months has been much stronger, LMC says.

Sales across Europe are down by one-third for the year to date. But the gap for July narrowed to only 1%, as a 6% drop in western Europe was nearly offset by an 18% surge in the smaller eastern European market.

South America remains the slowest recovery zone. July sales were down 32%, compared with a 39% decline through the first seven months of the year. LMC attributes the improvement to heavy discounting and high credit availability in Brazil, the region’s biggest market.

The global sales trend is encouraging. But LMC is cautious about reading too much into July’s results, because the true market is still being warped by pent-up demand.