Global new-car sales are perking up but are still well below year-ago levels.

Retail and fleet sales for cars and light trucks sagged in June to 6.36 million unit from 7.77 million in the same month in 2019, LMC Automotive reports.

On an annualized basis, June sales were running at 75.6 million units, down from the more than 90 million vehicles sold worldwide last year. “Recovery appears to be underway,” LMC says, but it cautions that “a sizeable risk of deterioration remains.” 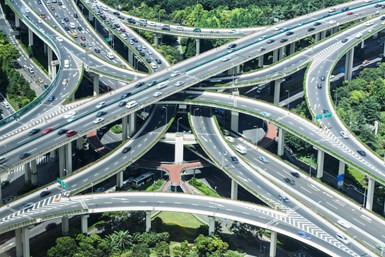 The bright spots are China and South Korea. Both rebounded quickest from the coronavirus pandemic and began posting year-on-year gains in May.

Not so for other major markets, which continue to lag.

Data from China show a strong rebound in factory sales to dealers, LMC reports. The annual sales pace in June rose 10% to 28.8 million units, thanks to discounts and a nearly 40% jump in demand for light commercial vehicles. But the market analysis firm notes that continuing trade tensions between the U.S. and China cloud the outlook.

LMC says heavy sales incentives bolstered the retail side of the market, while fleet sales plunged by more than two-thirds.

Europe was a mixed bag in June. Sales overall dropped 23% to 1.46 million units last month, dragged down by a 27% decline in western Europe. France and Turkey posted their first year-on-year gains since the pandemic began, but all other national markets are still deeply mired in recovery mode.

The car market continues to struggle in South America’s two major markets: Argentina and Brazil. Combined June sales were at 157,700 units, down 37% on the year and 39% for the first half of 2020.

LMC says June deliveries in Argentina rose 1% year on year, marking their first gain since May 2018. But sales for the month plummeted 43% in Brazil.

Not surprisingly, car sales in general are improving the most in areas where the coronavirus is relatively under control. But th resurgence in positive COVID cases in several markets suggests that continued recovery will be uneven for months to come.