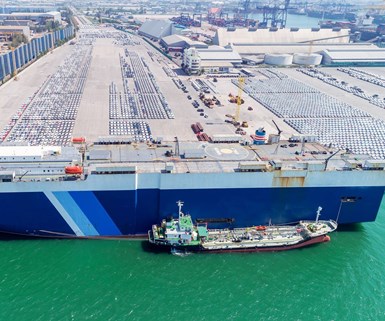 The market forecasting data firm says the annualized sales pace rose by 400,000 units to 92.5 million from June to July. But it trailed last year’s pace by 5%.