GM and Ford Have a Lot of Loyalty

IHS Markit released the results of its 24th annual Automotive Loyalty Awards, and two automotive OEMs—who just happen to be leaders in responding to the COVID-19 crisis, DPA or no DPA—have solid scores among customers in 2019: 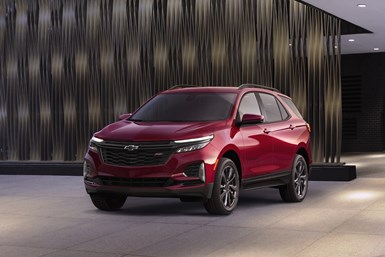 The methodology IHS uses is to analyze the ~17.5 million new vehicle registrations during the 2019 calendar year, to determine if a household that has a particular vehicle returned to the market to get a new vehicle of the same make, model or manufacturer.

IHS acknowledges that the COVID-19 environment could affect loyalty rates for 2020.

According to the firm, during and after the 2008-2009 recession there was a 4.1% drop in the loyalty rate in the first quarter after the recession ended.

It recommends that brands will “need to prioritize owner retention strategies and messaging as quickly as possible” once the COVID-19 situation begins to resolve.

Still, one imagines that if you’re confident in your purchase of something there is a greater likelihood that the next time you go to the market you’d be inclined to get the same thing.