The automotive and components sector accounted for 16 of the 400 companies that made the cut on this year’s “Most Responsible Companies” in the U.S. rankings compiled by Newsweek and Statista. 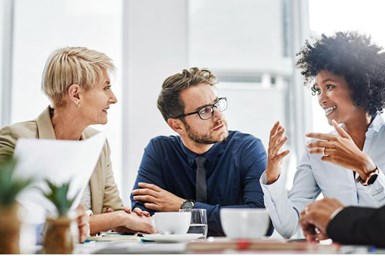 General Motors led the group, coming in 12th overall, with a rating of 88.7 on a 100-point scale. It was followed by Cummins (24th) and BorgWarner (36th). The only other automotive company to crack the top 100 was Minnesota-based recreational vehicle specialist Polaris, which ranked 96th.

As a starting point, companies must rank among the 2,000 largest by U.S. revenue and have issued corporate responsibility, sustainability or similar reports.

The qualifying companies were then rated across three categories:

In addition, a survey sent to 7,500 Americans rated the companies on corporate social responsibility. The various elements were weighted to generate the overall score.

The full methodology is available HERE.

Large tech firms dominated the list, with 55 companies—including six of the top 10—categorized in either the hardware or software/telecommunications sectors.

Several of these have substantial automotive business, including top-ranked HP, which had a score of 93.2, and three others in the top five: Nvidia, Microsoft and Qualcomm. As do materials companies such as Alcoa, Arconic, Dow, Dupont, PPG and Timken.

Of the 14 industry groupings, Energy and Utilities placed the most companies on the list with 56. The only two with fewer than Auto & Components’ 16 were Professional Services (15) and Entertainment, Leisure and Dining (8).

The rest of the auto contingent and their rankings are: