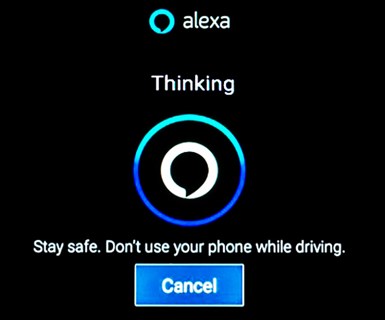 The capability will be an option on 2020 Buick, Cadillac, Chevrolet and GMC vehicles in the U.S. and can be added to current 2018 and 2019 models with 4G LTE connectivity via an over-the-air software update. Owners must have an existing Amazon Alexa account, which will be paired with the vehicle.

The cloud-based service will allow motorists to access music and other data and information using voice commands. Users also can control smart home systems, such as lights and thermostats. The system is compatible with embedded navigation systems and OnStar's turn-by-turn directions.

Several other carmakers also offer the built-in Alexa capability. But the GM rollout will be the broadest in the industry, according to Amazon.

Last year, Amazon launched an aftermarket system (Echo Auto) that can be plugged into a USB port or lighter to connect Alexa to a vehicle. Several independent companies offer similar devices.