GM Dodges Financial Loss, But Not for Long

Unlike its U.S. rivals, General Motors eked out a tiny profit in January-March.

That was no small accomplishment. But GM expects to join its competitors in posting a loss for the current period as the full impact of the coronavirus pandemic hits. 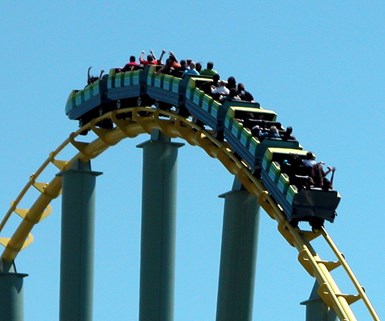 Is this what the auto industry can expect this year?  (Getty Images)

The thing to keep in mind is this: The auto industry was losing momentum well before the coronavirus pandemic began to bite in mid-March.

Last year, Detroit’s Big Three carmakers all reported double-digit shrinkage in their net incomes, including a 98% plunge to $84 million for Ford.

Over the past week, Ford and Fiat Chrysler posted first-quarter net losses of $2 billion and $1.8 billion, respectively. GM sidestepped the red ink for now, but barely: Its net income plummeted 87% to $294 million.

First-quarter revenue fell for all three companies: 6% for GM, 15% for Ford and 16% for FCA. Those declines most certainly will deepen in a big way for the current quarter.

Ford says its net loss in April-June will balloon 250% to $5 billion. But for now, carmakers and their suppliers aren’t making formal forecasts for about their financial performance for the full year. “It’s too early to tell until the economy opens up,” explains Shiva Suryadevera, GM’s chief financial officer.

Economists says that may not happen right away, depending upon whether consumers—whose spending largely defines the American economy—jump back into the marketplace or take a more cautious approach.

A worrisome wildcard is the prospect of a second surge in the coronavirus pandemic a month or two from now and how that would impact economic recovery here and abroad. As GM’s Suryadevera says, there’s no telling right now.