A class-action lawsuit has been filed against General Motors Co. over claimed flaws in the company’s 8-speed automatic transmission used in 2015-2019 model Cadillac, Chevrolet and GMC rear-wheel-drive vehicles.

The lawsuit was filed in Florida and since transferred to New York, according to the website classaction.org. Vehicle owners in at least six states (California, Florida, Illinois, New York, Oklahoma and Texas) are represented in the suit. 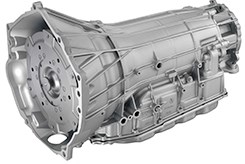 Plaintiffs allege vehicles with GM’s Hydra-Matic 8L90 and 8L45 transmissions hesitate, then shake, jerk or “hard shift” during acceleration and deceleration. Some drivers have reported shifts that felt like they had been hit by another vehicle.

The lawsuit attributes the problem to excess friction within the transmission and/or torque converter. In addition to hindering performance, such friction can create metal shavings that damage or destroy the gearbox, the plaintiffs assert.

The affected vehicles and model years are:

GM has issued 13 technical service bulletins related to the transmission, according to the lawsuit. Owners also have lodged complaints with the U.S. National Highway Traffic Safety Administration, with many reporting damage to their vehicles.