Despite short supply and rising demand for its midsize pickup trucks, General Motors is cutting production at its Wentzville, Mo., plant that builds the Chevrolet Colorado and GMC Canyon. 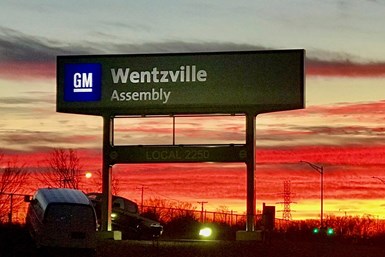 The reason? Too many employees are opting not to come to work due to concerns related to the coronavirus, with daily new cases in Missouri setting several records for the state in the last week.

Wentzville is a suburb of St. Louis, which has become an infection hotspot.

Starting July 20, Wentzville will cut its operations to two shifts. Each shift employs about 1,250 people. Layoffs will be determined by seniority. 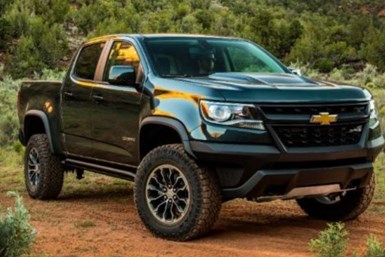 In addition to the Colorado and Canyon, the Wentzville plant builds the Chevy Express and GMC Savana full-size commercial vans. The 5.1 million-sq-ft facility opened in 1983.

GM began reopening its U.S. plants in mid-May after a 2-month shutdown. In early June, Wentzville was one of several facilities that added a third shift.

More than 20 workers at the Wentzville plant have been diagnosed with COVID-19, according to the Detroit Free Press, which was the first to report the third shift cut.

But GM maintains the plant is safe for workers. "People on our team should not be concerned about coming to work," the company said in a statement. "GM Wentzville is following multi-layered safety protocols that are working very well to keep people safe by reducing the possibility that COVID-19 can enter the plant and preventing any spread within the plant."

High-traffic areas are cleaned three to four times per shift, and in between shifts. Doors are propped open when possible to increase airflow and eliminate the need for workers to touch them.

Noting that it will take longer to rebuild inventory at reduced capacity, GM aims to resume third-shift operations as soon as possible. But the carmaker didn’t provide a timeline or other metrics for when and how that will be achieved.

For now, the company says it will err on the side of caution: "We believe in the short term, a two-shift operating plan will allow us to operate as efficiently as possible and accommodate team members who are not reporting to work due to concerns about COVID-19 in the local community.”

There likely will be further stops and starts at various facilities throughout the summer as the U.S. continues to struggle to curb the spread of the virus and new hotspots emerge.