General Motors says the cost cuts it identified during the COVID-19 pandemic earlier this year will stick when the crisis subsides. 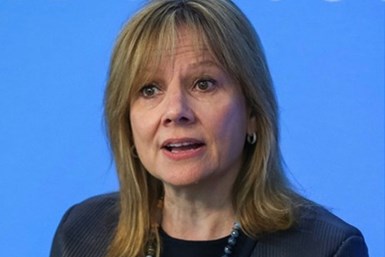 “We’ve found things that we don’t need to do, and things we can do more efficiently,” CEO Mary Barra tells investors. “I believe we will come out of this with a lower cost structure that is permanent.”

Barra offered few details about the cost cutting. But she says shutting down all factories in North America for the past two months triggered a companywide review of all line item expenses, which turned up plenty of opportunities to trim waste.

Neither is a new idea. Carmakers periodically purge their chassis lineup, focus their option packages around what actually sells well, or both. Then they repeat when both areas bloat again.

GM is no exception.

Back in 2016, for example, the company revealed plans to derive its next-generation fleet of global vehicles from “a few basic building blocks.” Then-President Dan Ammann didn’t explain exactly what “few” meant. But he did say that applying the concept in China alone would slash its tooling costs there by 20%-40%.

Periodic reviews are an integral part of maintaining competitiveness. They are especially important as the auto industry grapples with such existential issues as electrification, connectivity and the role of driverless vehicles.

The coronavirus crisis has added a whole new array of questions about what manufacturing will look like in the future. GM’s review of best practices is commendable, but it isn’t special. These days, it’s an integral part of any smart company’s strive-to-survive strategy.