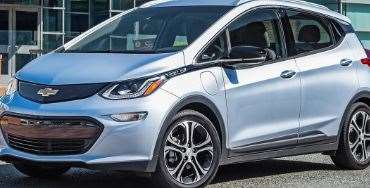 General Motors Co. tells investors it expects its electric-car business to become profitable by 2021 and reach annual sales of 1 million units by 2026.

The modular platform is targeting a range of more than 300 miles per charge. The new chassis also will use batteries that cost $100 per kilowatt-hour, making them about 30% cheaper than the units used in today’s Bolt. Analysts have said that price point would make EVs comparable in cost to piston-powered cars with similar performance.

The future platform will be used to carry 11 types of EVs ranging from small cars to large SUVs. GM has said it will introduce at least 20 battery and hydrogen fuel cell vehicles by 2023. The first two of the new models are due in 2020.​​​​