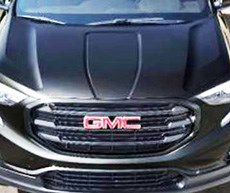 The long-rumored program is now a “definitive no” GMC Canada regional marketing manager Mark Alger Alger tells GM Authority. Instead, he says GMC is focusing its efforts on premium products and the new AT4 off-road sub-brand.

Speculation about a subcompact crossover, possibly using the Granite name from a 2010 concept, gathered steam last year following spy shots of what appeared to be road testing of such a model. GMC boss Duncan Aldred also has made repeated comments about expanding GMC’s crossover lineup at both ends of the market.

The hot-selling subcompact crossover segment is up about 40% this year in the U.S. GM currently offers a trio of entry-level crossovers: the Buick Encore, and Chevrolet Spark and Trax.