GMC will offer a four-wheel steering system on its upcoming Hummer electric vehicle. 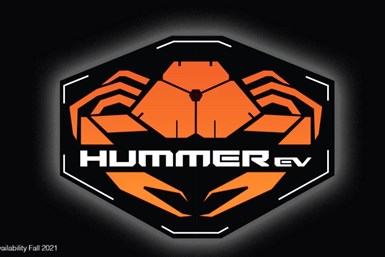 For now, GMC describes the technology this way: "Real revolutionaries forge their own direction."

The technology is similar but different than the “tank turn” system that Rivan plans to introduce next year on its R1T pickup and R1S SUV. 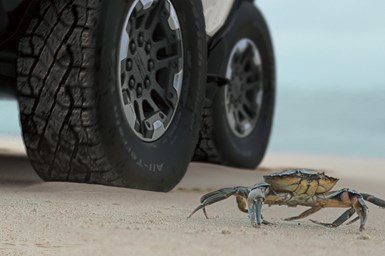 Employing the truck’s four electric motors, Rivian’s system will be able to turn the trucks on their axis by powering the wheels on one side of the vehicle forward and those on the other side in reverse, similar to the capability of a military tank’s tracks.

GMC says its system will allow the Hummer to travel in a diagonal direction.

GMC will reveal more about its Crab Mode system and other features when the company unveils the Hummer pickup on Oct. 20. Production of the 1,000-hp model is due to start a year later at GM's Detroit-Hamtramck factory, which is being refurbished exclusively for EVs.

A Hummer SUV also is in the works.