Driving in the lap of luxury and friending the environment don’t have to be mutually exclusive. In fact, these days the combination is quite en vogue, with virtually every major luxury marque offering an electrified model—even Rolls-Royce has one in the works.

But who’s the crème de la crème? According to Green Car Journal, this year’s Luxury Green Car of the Year title goes to Karma Automotive’s Revero GT Hybrid. Now in its 16th year of honoring green models, GCJ deemed another luxury brand’s (BMW) wireless charging system as its technology of the year.

The announcements were made at the Washington, D.C., auto show. They follow GCJ’s awards for more mainstream models—the Toyota Corolla (Car), Honda CR-V (SUV) and Ram 1500 (Truck)—that were honored in November. 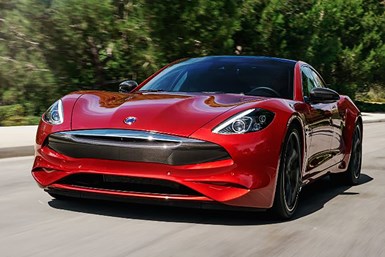 The car is an updated version of the base model Karma introduced in 2017. Both are derived from the now defunct Fisker Automotive’s Karma sedan.

The new Revero features a series hybrid architecture that uses a BMW-sourced 1.5-liter 3-cylinder turbo engine to power a pair of electric motors that drive the wheels. The combination generates 536 hp and 550 lb-ft of torque.

A new 28-kWh nickel-manganese cobalt battery provides an all-electric range of 80 miles. The previous Karma Revero could go only 33 miles on electric power. The new model also is 400 lbs lighter.

GCJ’s take: The Revero “exemplifies what can be accomplished with stunning design, great technology, and a sophisticated extended range electric drivetrain."

BMW’s winning technology uses magnetic induction to wirelessly charge a battery without the vehicle being physically connected to an electrical outlet. 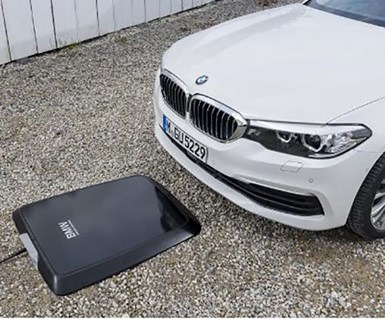 Charging starts when a car is parked over an induction pad, which generates a magnetic field that transfers electricity to a vehicle-mounted receiver connected to the car’s lithium-ion battery. It takes about four hours to complete the process.

BMW began testing the system in Germany in late 2018 and launched a pilot program in California last year for select owners of the 530e plug-in hybrid sedan.