Automakers began to offer gesture control systems in vehicles just a few years ago. To date, applications have been mostly limited to luxury models such as the BMW 7 Series.

But that soon may change.

Maxim Integrated Products, a San Jose, Calif.-based signal processing specialist, says it has developed a new sensor technology that is significantly smaller and as much as one-tenth the cost of current hand-gesture systems. 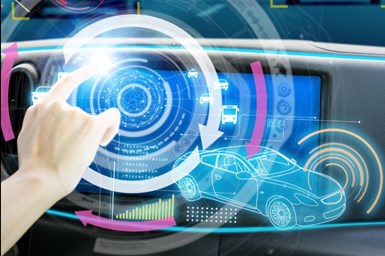 Coupled with an LED driver and internal low-dropout regulator, the array of 60 photo diodes is about one-fourth the size of a ToF-based unit, according to the supplier. The design also enables the use of a single (4-mm2) microcontroller in place of multiple units and a sophisticated microprocessor.

Formed in 1983, Maxim had 2019 sales of $2.3 billion. The company develops analog and mixed-signal products.