That’s right, it is well into late middle age. Looks good, though doesn’t it? 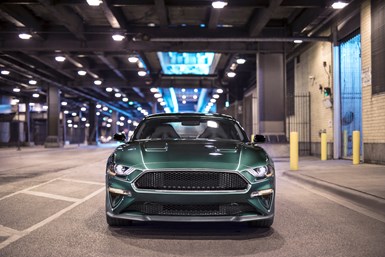 In some ways, it is an unlikely hit.

The original was based on the Ford Falcon—when I was growing up a friend’s mom had one and it was everything the Mustang isn’t and then some.

The Mustang was introduced at the 1964 World’s Fair in Flushing Meadows, New York, by Henry Ford II. 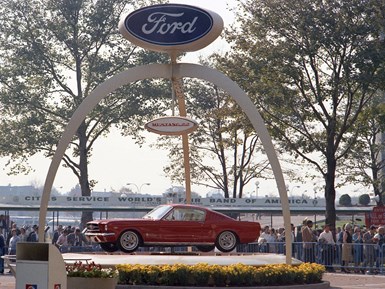 Mustang at the World’s Fair.

Now in Flushing Meadows, there is a temporary field hospital built in the Billie Jean King National Tennis Center, where the U.S. Open is ordinarily played.

But as for the Mustang—which has changed and morphed over these past 56 years (right now you can buy 12 variants, from a base model with an EcoBoost engine to a GT500 that has 760 hp—getting older really does mean getting better.