All three LED headlight configurations available on Volkswagen AG’s new Arteon sedan have been rated “poor” by the Insurance Institute for Highway Safety. 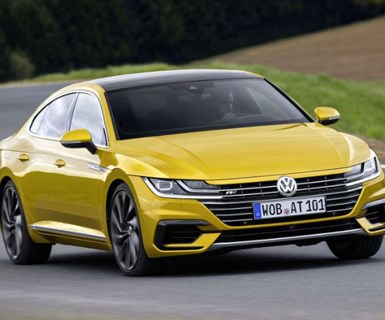 IIHS faulted the Arteon’s base headlights for insufficient output. The car’s optional curve-adaptive lights (with and without automatic high beams) were downgraded for excessive glare.

The Arteon earned the top “good” rating in all six IIHS crash tests. But at least one of the headlight options needed to be deemed “acceptable” or better to receive the group’s Top Safety Pick (TSP) designation. A “good” headlight rating would have made the Arteon a TSP+ honoree.

Carmakers have been struggling to pass the new headlight tests, which IIHS implemented in 2016. The tests evaluate a vehicle’s headlight distance on five approach angles: traveling straight and gradual and sharp left and right curves with both low and high beams.