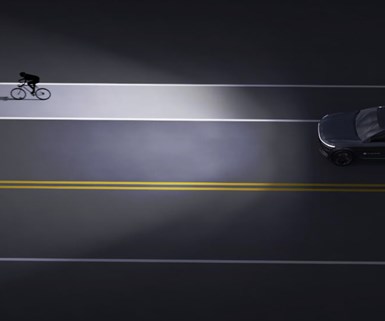 The 30,000-pixel array can be controlled individually and aimed more precisely, which Hella notes can be used to better illuminate pedestrians, road hazards and other vehicles. The high-resolution system also can be used for adaptive glare-free high beams and highlighting bicycle paths or construction zones.

Hella also envisions the technology being used to create customized features such as light animations when the vehicle is turned on or off. Such applications could be activated on a pay per use basis for shared vehicles via a smartphone or over-the-air software updates.

Watch a video about the technology HERE.