Hitachi Gets Smart on Brakes

But they don’t go far enough, says Bernd Schemer, who heads Hitachi’s brake business unit. He notes that the technology, which replaces various mechanical components with electronic ones, still requires hydraulic actuation at the wheels.

Such systems have long been used in hybrid and electric vehicles. 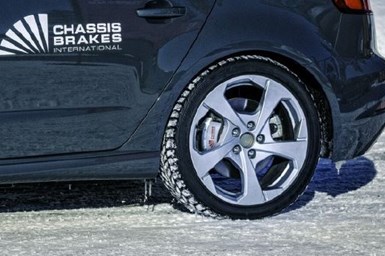 The shift is being driven by autonomous, connected and electrified vehicle systems that require more sophisticated and expensive controllers. Without a centralized electronics structure, Schemer says, next-generation vehicles could soon be overloaded with individual ECUs and wiring.

“If you doubled the functions at each of these systems (braking, steering and suspension), it would get crazy expensive,” Schemer asserts. “There needs to be a more intelligent solution. Smart actuators are more efficient and cost effective,” he adds, noting that key information can be shared between systems to boost overall performance. 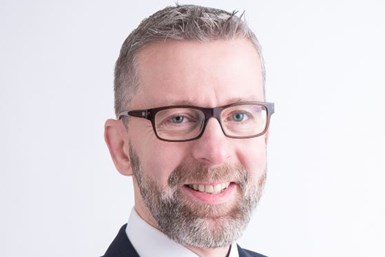 Brakes are one of the primary maintenance points of a vehicle, Schemer says. And for EVs, he points out, it’s one of the only systems that still requires maintenance.

“With our technology brakes will become maintenance free.”

CBI, which was created in 2012 through the sale of Bosch’s brake division to KPS Capital—but its origins date back to the 1930s as part of Bendix—has been developing its Smart Brake technology for about four years.

The effort accelerated with last year’s acquisition by Hitachi. This gave the brake business, which now is part of the Japanese supplier’s Automotive Systems unit, access to Hitachi’s electric motor technology and hundreds of software engineers.

“We had started to work with partners on electric motors,” Schemer says. “Now we can do everything in-house with expert resources and full electronics capabilities. That really helps.”

Despite slowdowns due to COVID-19, CBI now has been nearly fully integrated into Hitachi, which previously had its own braking business that mainly was limited to Japan. The combined unit is expected to generate annual sales of more than $1.4 billion, compared with about $1 billion for CBI on its own.

One of the goals now is to merge the two companies’ cultures. For the old CBI team, Schemer says, this means combining its typical Western Hemisphere mindset and creativity with a more diligent and analytical work style. “It’s the best of the best.”

Shortly before the Hitachi acquisition, CBI demonstrated the Smart Brake technology to several carmakers and started winter testing in Sweden.

The company is finalizing a new demonstration vehicle that it plans to begin testing early next year. Schemer says his team will continue to refine the technology over the next few years based on the test results and customer feedback.

But he doesn’t expect production applications to launch until at least 2025 and possibly not to 2030.

“The brakes will be one of the last components with hydraulic actuation, Schemer says. “It’s a huge change that requires a lot of time and money. But the payoff will be well worth it.”