Detroit’s Big 3 carmakers are in no rush to reopen their North American offices for salaried workers.

As COVID-19 cases and fatalities continue to mount at varying rates across the U.S., carmakers are maintaining work-from-home protocols that have been in effect for most white-collar employees since mid-March.

Earlier this month, Ford pushed back its plans to open its Dearborn, Mich., headquarters and other facilities from September until January. The initiative affects about 30,000 people. 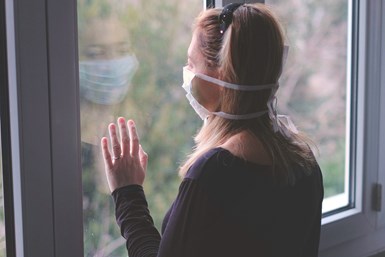 General Motors also is targeting an early 2021 return, according to an internal memo obtained by the Detroit Free Press. Policies will be reassessed in October. At that time, GM could allow some workers to return based on manager recommendations, according to the report. The carmaker has 40,000 salaried workers in the U.S.

Fiat Chrysler hasn’t provided a timeline, but it continues to require most salaried workers to work from home.

All of the companies say they won’t allow workers to return until it’s safe to do so. Once this is determined, salaried employees will be brought back in phases.

Currently, only a small number of salaried workers who are unable to work remotely have been allowed back to their offices.

No one will be forced to return.

And, at least for now, many workers seem to prefer their home offices. In a survey of its stay-at-home staff, Ford found that nearly three in four want to continue to do so for the remainder of the year.

Separately, General Motors has been using salaried volunteers on the assembly line at its truck plant in Wentzville, Mo., in recent weeks to offset high absenteeism rates among blue collar workers concerned about the coronavirus. Missouri has been a COVID hotspot this summer, with more than 35,000 new cases reported in July.

GM’s move follows a similar program by Honda, which has been deploying some of its accounting, purchasing and quality staffers for assembly line work in Ohio since July. 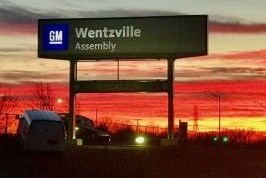 In mid-July, the absentee problem prompted GM to announce plans to cut the plant’s third shift. But it quickly reversed the decision, which would have affected nearly 1,300 workers, with plans to transfer laid-off workers from plants in other states to the Missouri facility.

As many as two dozen salaried workers now are being deployed at the plant, with the number varying per shift and need. GM describes the situation as a short-term fix until more workers can be transferred from other locations. The carmaker also aims to hire about 200 temporary workers.

The UAW opposes the use of salaried workers on the assembly line, arguing that the practice violates GM’s labor contract. Local union officials have filed a grievance against the carmaker.