Honda has dropped the other shoe regarding its employees in North America as plant shutdowns in the region drag on. 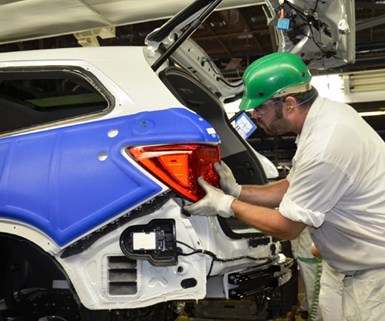 The company will begin unpaid furloughs for most of its salaried employees in the U.S. on April 17, blaming a lack of sales caused by the coronavirus pandemic.

Honda stopped paying its hourly workers in the region on April 13, joining at least three other carmakers—BMW, Nissan and Tesla—with similar programs. The furloughs continues healthcare coverage but allow affected staffers to apply for state unemployment.

The first wave for salaried staff will target employees in California. Those stationed elsewhere in the U.S. will begin their furloughs on April 19. The two groups are scheduled to return on May 1 and May 4, respectively, according to Reuters.

Separately, Honda has extended shutdowns of its engine, transmission and final assembly plants in Mexico to May 1.

The company says the lengthened closures are being driven by a lack of sales demand, not supply issues or hurdles to ensuring a safe work environment for employees.

Honda idled its factories across North America on March 23 and expects to reopen them after May 1. The company, noting the “fast-changing nature of this situation,” suggests it could adjust its timetables in the days ahead.