Honda is using some of its accounting, quality and purchasing staffers to fill in on the plant floor because of a shortage of hourly workers during the COVID-19 pandemic.

Honda’s sales in the U.S. were down by about one-quarter through the first half of the year. But the company’s plants in North America also were shuttered between March and May by the health crisis.

Since production resumed on May 11, Honda has been scrambling to maintain normal inventories. The carmaker is running daily overtime and frequent Saturday shifts across its facilities in the region.

The memo to salaried employees came from Mark Willoughby, who heads purchasing for Honda of America Manufacturing. He says the staffing crunch might abate “sometime in August.”

Willoughby notes that Honda has a significant proportion of workers on leave because some have the virus, others are quarantined because have tested positive or were exposed to others who did, and some are out because of surgeries that had been delayed by the pandemic. 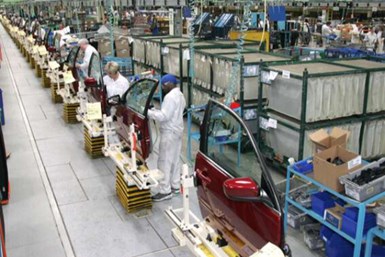 Normally, Honda turns to outside staffing agencies when it’s short on assembly line personnel. The company tells Automotive News its nonunion facilities also have tapped salaried employees to help out in the past.

The memo notes that finding temporary workers has been especially difficult throughout the auto industry during the pandemic, in part because of the federal government emergency unemployment plan that pays furloughed personnel $600 per week.

That program is set to expire today, which would at least expand the pool of available temporary workers.