Honda Motor Co. says it will move Mexican production of its HR-V small crossover next spring from El Salto, Jalisco, to Celaya, Guanajuato. 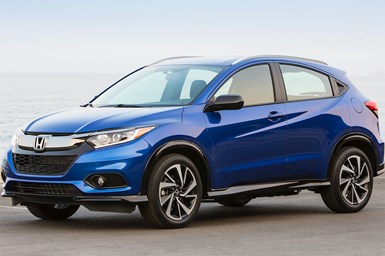 Honda currently builds the HR-V (pictured) at both facilities. The Jalisco plant, which opened in 1988, will continue to make motorcycles, service parts and electric power generators, according to the company.

The 5-year-old Guanajuato factory already accounts for more than 75% of HR-V output in Mexico. The plant also builds the Fit five-door supermini, the only other model Honda currently makes in Mexico.