Just when you thought there were no more killer Takata airbag inflators to replace, another faulty design is revealed.

Honda says there are millions more of these older, completely different but equally flawed Takata inflator designs on the road—and not just in Honda vehicles. 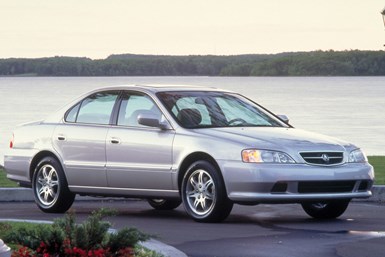 The campaign Honda announced today targets 2.4 million inflators in Acura and Honda brand cars built during the 1996-2003 model years. The propellant in those devices can degrade, then either inflate the airbag too slowly or too forcefully. Either result is bad news for the vehicle’s occupants.

How Bad Can It Get?

More than 100 million Takata inflators have been recalled by 19 carmakers over the past 10 years. Those devices, which use a different type of propellant, have killed at least 23 people to date.

Honda’s new campaign targets 2.4 million inflators in Acura and Honda brand cars built during the 1996-2003 model years. Honda is aware of one misfire in a crash and two more that occurred in Japan when vehicles were scrapped.

At this point, there’s no telling how many more of these older-design inflators are out there tooling around in other brands of vehicles.

Honda will begin notifying its affected U.S. owners in March about the new recall. But it says it will take a year to line up and acquire safe replacement parts.

Carmakers ran into the same supply issue in their previous Takata recalls. That’s why it has taken them so long to work their way through what has become the auto industry’s largest, most complex and costliest recall ever.

Now it’s about to get even bigger.