Carlos Ghosn’s dash to Lebanon last weekend to avoid prosecution in Japan has all the trappings of a “Mission Impossible” movie.
#people #Renault #asia

Details continue to emerge, but two things are crystal clear. First, his escape on Dec. 29-30 was pulled off by a well-financed team with impressive connections. Second, the stunt is a huge embarrassment for Japan’s government, its judicial system and Ghosn’s own Japanese defense team. Stand by for diplomatic fallout.

Ghosn—who was the simultaneous chairman of Nissan, Mitsubishi Motors and Renault when all this began—intends to explain himself during a press conference in Beirut on Jan. 8. He will use the occasion to justify fleeing from what he describes as a “rigged” Japanese system of justice that assumes suspects are guilty. He also is expected to offer his side of prosecutor claims that he committed four serious financial crimes at Nissan. 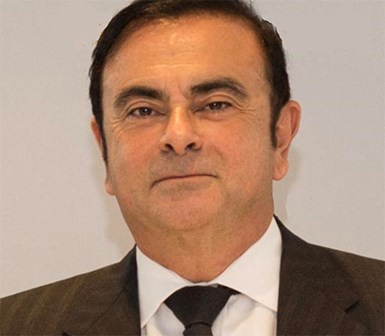 Courts in Japan rarely grant bail in criminal cases. When they do, it’s almost always after the suspect confesses to wrongdoing. Japanese prosecutors enjoy a conviction rate of about 99%, according to official data, The Wall Street Journal reports.

Ghosn, who has repeatedly declared himself innocent of all charges, was released on a $6 million bail bond in early March after 107 days in jail. Prosecutors rearrested him on new charges four weeks later. A Tokyo court released him again, this time on a $13.8 million bond, in late April.

Under terms of his bail, Ghosn’s travel was restricted to Japan. He had turned over all three of his passports (Brazilian, French and Lebanese) to his attorneys, who say they still have them. His whereabouts supposedly were being monitored continuously. His ability to communicate with the outside world was sharply limited.

Yet Ghosn breezed through all these hurdles last weekend. Sources tell Reuters the scheme was executed by an unidentified private security firm, which began planning the caper three months ago.

The Journal, citing flight-tracking data, says Ghosn appears to have boarded a long-range business jet at Kansai airport outside Osaka late Dec. 29 evening. He was flown to Istanbul, where he switched half an hour later to a smaller plane that took him to Beirut. Media reports say that at least the first pilot was unaware there was a fugitive on board.

Ghosn’s wife Carole denies early reports in Japan that he was spirited out of the country in a shipping container intended for musical instruments. We’re not making this up.

When he arrived in Beirut on Dec. 30, Ghosn was waved through security after presenting authorities with his Lebanese ID and a valid French passport. Media reports say the latter document appears to be a spare that Ghosn was, for unexplained reasons, allowed to carry around Tokyo in a locked case (his lawyers held the key).

Lebanon’s foreign ministry denies any knowledge of Ghosn’s escape plan and says he entered the country legally. The government has for months been asking Japan to turn over Ghosn, a Lebanese citizen, so he could stand trial there for corruption under more conventional United Nations rules, the Journal says.

Reuters’ sources describe Ghosn’s mood as “buoyant and combative.” That suggests that the second season of his year-long legal saga will shift into even higher drama mode next week.