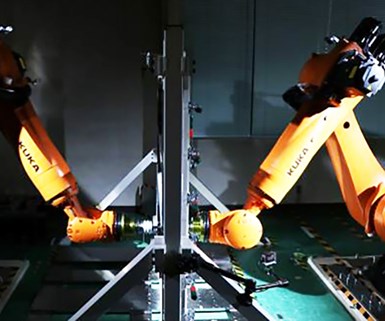 Called dual-sided dieless forming, the technique uses a pair of synchronized robotic arms (right)—one on each side of a steel sheet—to gradually shape the metal with diamond-coated tools (below). This eliminates the need for expensive stamping dies and improves surface quality consistency, according to the carmaker. 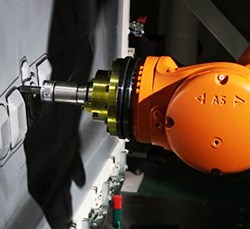 Nissan says newly developed software allows it to control the two robots with a high degree of dimensional accuracy. This enables them to form detailed convex and concave shapes that weren’t possible with single-sided forming systems, according to the carmaker.

But the robots take much longer to form a part than a traditional stamping press used for mass production. This makes the new process better suited for low-volume batch production, including parts for classic cars.

Watch a video about the technology HERE.