The expenditure will be used to increase production capacity at the company’s carbon fiber plant in Jeonju, Korea, from 2,000 tons to 24,000 tons. This will make the facility the world’s largest carbon fiber plant, according to Hyosung. 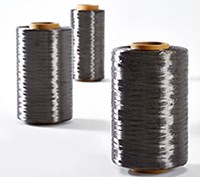 The planned increase would make Hyosung the third-largest carbon fiber producer in the world by 2028 compared with 11th today, the company predicts. The first phase of the expansion is due to be completed early next year.

Hyosung says the Jeonju facility will supply carbon fiber for automotive, aerospace, building and sporting equipment markets. Future growth in vehicles is expected to be driven in part by the use of the lightweight material in hydrogen tanks for fuel cell-powered vehicles, a technology in which South Korea aims to become a leader.

Founded in 1966, Hyosung is an industrial conglomerate with operations in advanced materials, chemicals, industrial machinery and textiles. The company launched its carbon fiber operations in 2011.