Virgin Hyperloop One is moving forward with its plans to launch commercial operations of high-speed transportation technology with a $500 million certification center in West Virginia, which beat out 16 other states that had been vying for the project. 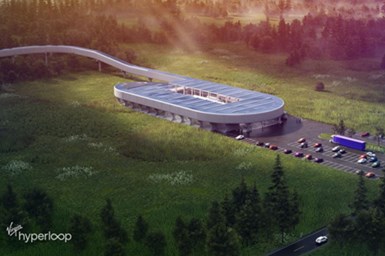 Backed by billionaire Richard Branson’s Virgin Group, the Los Angeles-based company plans to start construction at an unspecified site in the state in 2022. If everything goes according to plan, Virgin Hyperloop (VH) hopes to receive federal certification by 2025 and begin U.S. operation in 2030.

“We’re one step closer to making hyperloop travel a reality for people everywhere,” asserts Branson, who is the company’s non-executive chairman.

VH is one of several companies developing hyperloop systems. 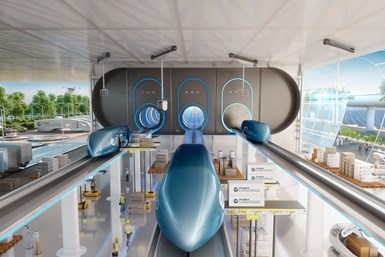 Proposed by Tesla CEO Elon Musk in 2012, the concept features a pod levitated by magnets and accelerated on a cushion of air by linear induction motors and air compressors inside a partial-vacuum tube. The controlled environment is designed to minimize friction and air resistance, allowing the pod to quickly achieve speeds of 700 mph or more with relatively little energy.

VH previously estimated a trip between New York and Washington, D.C., could be completed in 30 minutes. It’s evaluating public transportation and cargo applications.

Despite many challenges in making such transportation viable in the U.S.—including further developing the technology, convincing passengers that the pods are safe to ride in, gaining regulatory approval and acquiring the necessary land and permits to operate across the country—VH remains optimistic.

"As we look to emerge from the COVID-19 crisis, it's clear that we need a 21st century solution that will propel us forward, allowing us to not just rebuild, but actually evolve," Virgin Hyperloop CEO Jay Welder says.

Formed in 2014, VH (formerly Hyperloop Technologies) has been testing its technology for about four years on a small track near Las Vegas. The company envisions eventually connecting the entire U.S. with a hyperloop network to improve greater mobility across the country.

It also has development programs in Canada, Europe, India and the United Arab Emirates.

VH will work with the U.S. Dept. of Transportation, which issued guidance for “non-traditional and emerging transportation technology” in July, on the certification process.