Now the company is adding a cadre of aerospace experts to lead the effort. 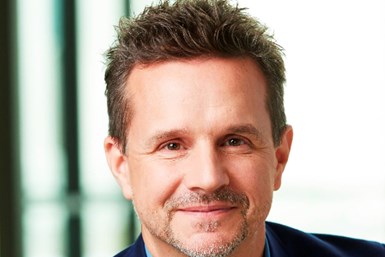 The latest addition is J. Scott Drennan, who has been appointed UAM’s vice president of research and development.

Drennan most recently was vice president of innovation at Bell Textron, where he was responsible for developing advanced configurations, technologies and vertical lift technologies for commercial and military applications. Drennan, who spent 25 years at Bell, was appointed an aeronautics committee member on the NASA Advisory Council in 2018.

UAM is headed by Executive Vice President Jaiwon Shin, who joined Hyundai when the group was formed last October. Shin spent 31 years at NASA, most recently as associate administrator for the Aeronautics Research Mission Directorate.

New hires earlier this year include:

At the CES electronics show in January, Hyundai announced a partnership with Uber’s Elevate unit and unveiled the prototype S-A1 vertical take-off and landing aircraft.

Building on earlier Uber Elevate designs, the four-passenger S-A1 is designed to take off vertically, transition to wing-borne lift while flying and then switch back to vertical flight to land. The all-electric power system, which features multiple rotors and propellers, can haul the vehicle to a top speed of 180 mph and has an estimated 60-mile range, according to the partners. The battery can be recharged in less than seven minutes.

Hyundai and Uber plan to use the S-A1 for aerial ridesharing taxis in coming years to help reduce urban congestion. The vehicles initially will include a pilot, but eventually are expected to be capable of fully autonomous operation.