During his 30-year-plus career, Maschka has held executive positions at Bosch, Continental, Daimler, Valeo and Volvo. He most recently led his own consulting firm, AMA-Advisors, which focused on emobility products.

Maschka, the first non-Korean executive Hyundai Mobis has hired outside of its r&d unit, will be the company’s highest-ranking foreign executive. He’ll report directly to CEO Chung Kook Park. 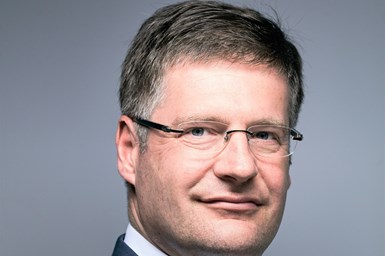 The German born Maschka is expected to help Hyundai Mobis grow sales with European, North American and Chinese carmakers. The focus will be on autonomous, electrified and connected technologies.

The company, which is owned by Hyundai Group, has steadily increased sales outside of Hyundai Motors and Kia in recent years. But its corporate siblings still account for the bulk Hyundai Mobis’ business.

During his four years in charge of Valeo’s sales and business development, Maschka helped the French supplier double its annual new orders.

At Volvo, Maschka was the company’s chief purchasing officer and was part of the team that oversaw the carmaker’s acquisition of Renault’s commercial vehicle business. He also oversaw Continental’s purchase of Siemens VDO and was a board member of the European Automotive Supplier Assn.

Maschka has a degree in electrical engineering from the University of Stuttgart.