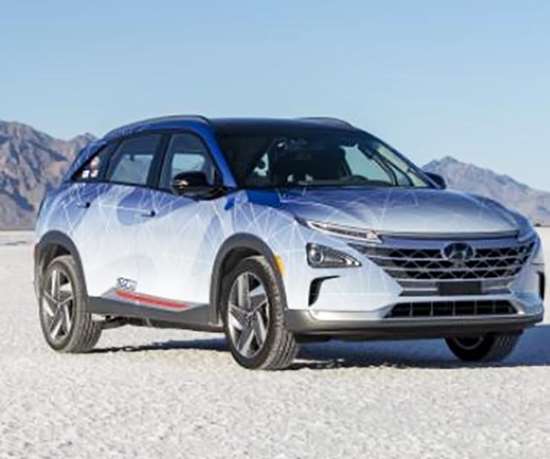 Hyundai Motor Co. says it has set land speed records for hybrid-electric and fuel cell-powered cars with its Sonata sedan and Nexo crossover (above), respectively, at Utah’s Bonneville Salt Flats. 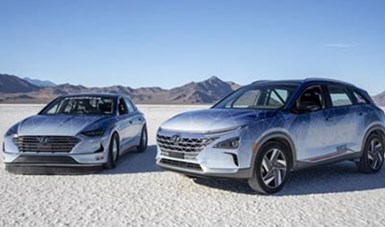 A modified version of the redesigned 2020 Sonata Hybrid (near right) raced to nearly 165 mph during runs this week, which easily bested the 158 mph mark set by Hyundai’s Ioniq Hybrid in 2016. Changes were made to the base model’s fuel system, tires and suspension.

The Nexo topped out at just over 106 mph. Aside from a few aerodynamic enhancements and added safety systems, the vehicle was essentially stock.