How bad can it get when it takes years to fix an engine defect in the U.S.? In the case of Hyundai and its Kia affiliate, around $4.7 billion.

The company announced earlier today that it has allocated another $2.9 billion to cure the problem, which came to light in 2015 and, by 2018, had cost $2 billion to fix. 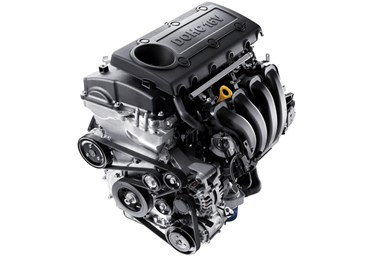 Today’s revelation further dents Hyundai’s already shaky credibility on this issue. The company has repeatedly minimized the scope of the problem, only to expand the recall later. Until today, Hyundai was adamant that its exposure had been contained.

The source of this costly problem is the venerable family of 2.0- and 2.4-liter Theta II 4-cylinder gasoline engines that Hyundai-Kia has used for years in its most popular models.

The flawed engines are prone to sudden failure that might include a fire. Hyundai blamed iron particles that hadn’t been properly flushed from crankshaft oil passages ahead of final engine assembly.

The abrasive grit can wreak havoc on engine bearings and internal moving parts. Fixing the problem requires replacing the engine block and assorted components inside, a very costly repair.

By 2017, the issue had ballooned to a global crisis and multiple callbacks. There were three recalls in the U.S. alone covering nearly 1.7 million Hyundai Sonata cars and Santa Fe crossovers, and Kia brand Optima sedans and Sorento and Sportage crossovers. 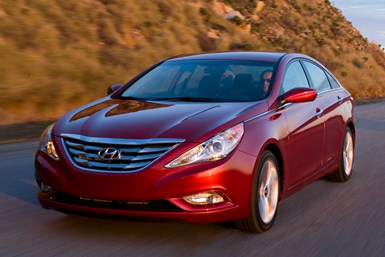 U.S. regulators, prompted by a whistleblower, launched probes into why Hyundai didn’t recall all affected vehicles at the same time. Then prosecutors began weighing in.

The National Highway Traffic Safety Administration wanted to know why Hyundai took so long to recognize the scope of the problem. State-level prosecutors began asking the same question in early 2019. A few months later, prosecutors in South Korea indicted three former quality control executives at Hyundai/Kia for stalling on the recalls.

Hyundai seems to be bracing for more pain ahead. It says much of a new set-aside is to cover a greater engine replacement rate than initially estimated.

But the company also notes that consumer complaints continue to pile up, suggest at even more costs to come.