Gingl, who joined IAC as CEO in June 2018 after a 50-year career with Magna, will continue to serve as executive chairman of the board of directors after the transition.

Prystash joined IAC in late 2018 after five years with GM, where he held various leadership positions. As vice president and CFO of global product development, purchasing and supply chain, he led a $6.5 billion cost-reduction effort over four years and helped negotiate the sale of Opel/Vauxhall to PSA Group in 2017. 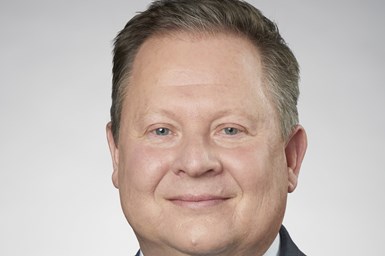 After starting his career at Ford, where he spent 24 years in various senior financial and operational posts, Prystash was on the leadership team of several suppliers and non-automotive companies. The list includes stints at A123 Systems (CEO), Gibbs Sports Amphibians (CEO), NewPage (CFO) and Ballard (board of directors).

Prystash will be IAC’s fifth CEO in just over five years.

But the process has been fairly smooth, with two of the moves prompted by retirements. In addition to Gingl’s pending departure, industry veteran Steve Miller retired from IAC in mid-2018 after a three-year stint as CEO.

Miller succeeded Jim Kamsickas, who left IAC to become CEO of Dana. IAC’s other recent CEO was investor Natale Rea, who briefly served in an interim capacity between Miller and Gingl’s tenures.

IAC, which was founded in 2006 by billionaire Wilbur Ross by combining the former interiors units of Lear and Collins & Aikman, has been reorganizing its operations over the last several years. Ross, who had stepped down as chairman in 2014, divested his interests in the supplier and WL Ross & Co. after being named U.S. Commerce Secretary in 2017.

Luxembourg-based IAC, which is owned by Invesco, has shed some of its non-automotive businesses and increasingly is focusing its efforts on supplying premium brands in Europe. The company supplies instrument panels, console systems, door panels, headliners and overhead systems, bumper fascias and exterior trim.

"Our successful transformation has left us well-positioned for future success as we continue to strengthen our plants, focus on profitable growth and deliver the highest quality product to our customers," Gingl asserts. "David has been pivotal in the company's turnaround and in ensuring customers view us as a preferred partner."