Driver errors are said to be responsible for more than 90% of all accidents in the U.S.

So, it stands to reason that if drivers were taken out of the equation—with fully autonomous vehicles—that accidents would be virtually eliminated. Right?

Nope. At least not according to a new study by the Insurance Institute for Highway Safety.

In an analysis of 5,000 severe accidents (where at least one vehicle had to be towed and/or onsite emergency medical services were required), IIHS estimates that only one-third likely would have been prevented if the entire fleet consisted of robocars. 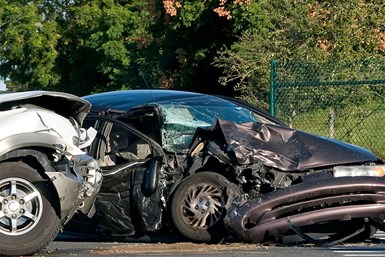 Of the driver-related crashes, nearly one in four are attributed to “sensing and perception” issues—driver distraction, impeded visibility and failing to recognize hazards in time. Another 10% are caused by incapacitation (drunk driving and falling asleep at the wheel).

An autonomous vehicle fleet could prevent most of these accidents, IIHS reasons. That’s because AV sensors (assuming they work perfectly) are much better than humans at identifying potential obstacles—and they don’t get drunk, fall asleep or take their eyes off the road.

What About the Rest?

The remaining two-thirds of driver-faulted accidents are more complex. IIHS separated their causes into three categories:

In many crashes, multiple factors are at play. The researchers also point out that some crashes are unavoidable, due to equipment failures such as a broken axle or tire blowout.

IIHS cites the 2018 fatal accident involving an Uber test vehicle operating in autonomous mode as an example of what could go wrong. The researchers say the car’s automated driving technology made three mistakes that led to the death of a crossing pedestrian: initially failing to detect the person’s presence, then not predicting she would cross the road and, finally, not making the proper evasive maneuver.

Part of the problem, IIHS says, is that people want self-driving cars to behave how they do. This means speeding and other aggressive maneuvers.

Reducing accidents beyond the one-third level will require such vehicles to be programmed to adhere to all traffic laws and prioritizing safety over rider preferences, IIHS says.

Even so, the researchers point out, autonomous vehicle sensors can’t be expected to perform flawlessly in all weather conditions. And such systems won’t always be able to react fast enough to prevent an accident if a sudden obstruction appears in a vehicle’s path.

Adding up the Benefits

If technology is able to reduce the number of accidents by one-third, nearly 12,000 lives conceivably could be saved. Of course, that’s assuming all vehicles are operating autonomously (fewer crashes will be prevented if human drivers are included in the mix) and the sensors, processors and artificial intelligence work as planned.

We’re not there yet. But it’s still something to work toward.