IIHS: Lane-Centering Acceptance Off the Mark 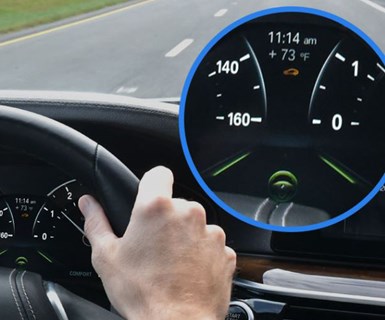 In the tests, 20 IIHS employees drove five vehicles from BMW, Infiniti, Mercedes-Benz, Tesla and Volvo equipped with both technologies. The cars were driven on a mix of urban and rural routes.

Fewer than half the drivers reported that the vehicles consistently detected lane markings, and many were unsure whether this task could be done at all. Testers also faulted the systems for making abrupt and jerky steering corrections that some found to be pointless or even counterproductive.

By comparison, three-fourths of participants were satisfied with the test cars’ adaptive cruise control performance, including smooth speed changes. But drivers were unsure if such systems—or automatic emergency braking—could detect a stopped vehicle on the road ahead.

The results match those of previous IIHS studies in 2016 and 2018. The institute is confident that driver-assist technologies will continue to improve, but it says manufacturers should do a better job explaining the current benefits and limitations of such systems.