India is studying a plan to spend $4.6 billion by 2030 to develop the country’s capacity to supply batteries for electric cars.

India currently has capacity to make fewer than 50 gigawatt-hours of batteries, or enough to power roughly 1 million EVs, according to the proposal from NITI Aayog, a federal think tank, Reuters reports.

The analysis predicts the domestic market for batteries could surge to 230 GWh over 10 years. It says a swing to predominantly EVs would cut the country’s spending on imported oil by $40 billion. 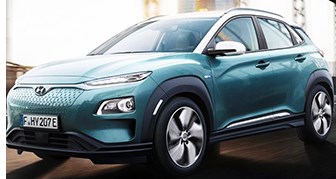 But building demand in India has been difficult. The country offers only a handful of high-priced electric models today. With fewer than 1,000 charging stations nationwide, the lack of infrastructure has been an equally big barrier.

Bloomberg News estimates that only 8,000 EVs have been sold in Industry over the past six years. It’s no surprise that India’s EV battery industry is at what the NITI Aayog proposal acknowledges is a “very nascent stage.”

The analysis recommends that government funding begin with $122 million to domestic makers of advanced batteries over the fiscal year that starts on April 1. Payouts would increase each year thereafter.

Adopting its plan would foster some $6 billion in domestic battery capacity, including in-house efforts by domestic carmakers such as Tata and Mahindra & Mahindra, Reuters reports.

Government support for battery production is a prudent step toward developing a local EV industrial base. But building an infrastructure to support EV sales may be a more urgent priority.

India’s government has shown plenty of enthusiasm about EVs in the past few years. But the follow-through hasn’t been so great. What the country needs now is an integrated, long-term strategy to get its hopes in gear.