Sales of new cars have been decimated around the world in the wake of the coronavirus. In the U.S., deliveries plunged to an estimated 633,300 units last month, which would be a 30-year low.

As paltry as it was, at least some vehicles were still being moved in the U.S.

Rock Bottom: No Production, No Sales

That wasn’t the case in India. No new car sales were reported in April, according to the Society of Indian Automobile Manufacturers (SIAM). 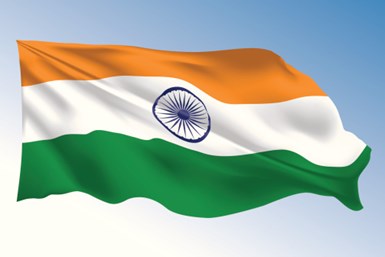 This bears repeating: India had no new car sales in April. None. Zero. Zilch. For the entire month.

Last month’s empty tally stems from India’s decision to completely shut down the auto industry and most of the rest of its economy on March 22 to stop the spread of the coronavirus. The lockdown was maintained throughout April and is extending into May.

SIAM estimates the lack of sales is costing automakers a combined $300 million per day in lost revenues.

Such efforts will continue this month as the industry aims to move some 15,000 passenger cars and 12,000 commercial vehicles in unsold inventory accumulated prior to the lockdown. Target markets include Africa, Bangladesh, Nepal, Sri Lanka and other neighboring countries.

Complicating matters, many of the stockpiled vehicles don’t meet India’s new emissions standards, which were due to be phased in last month. An appeal to extend sales of current BS4-compliant vehicles was denied earlier this year.

In addition to exports, sales of some commercial trucks and agricultural equipment have resumed. Mahindra & Mahindra delivered 4,700 tractors last month.

India’s car market already was suffering before the outbreak of the pandemic closed the country. Sales of passenger vehicles fell 12% last year due to an overall slowing of the economy, rising inflation and a weak currency.

What happens next isn’t clear. The government has extended lockdown restrictions through May 14.

But it’s impossible to predict when and how quickly production and consumer demand will return, Maruti Suzuki Chairman R.C. Bhargava, tells Bloomberg News. He’s hopeful of a quick rebound, spurred in part by the belief that consumers will opt for personal vehicles in place of public transportation as social distancing initiatives continue.

For now, though, everyone just wants to move beyond April’s goose egg and return to some semblance of normal activity. India’s Federation of Automobile Dealers Associations sums up the feeling: “April 2020 will be a month which the entire automobile industry would like to forget.”