Remember India, the country whose new-car sales literally fell to zero in April? Well, its auto industry is back in business.

Last month, factory sales to dealers in India reached nearly 183,000 units, the Society of Indian Automobile Manufacturers reports. That’s down only 4% from July 2019. 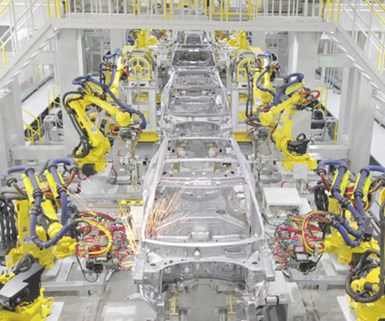 By any measure, July was a huge rebound for an industry that had been dead in the water for nearly two months. Now carmakers are struggling to get their supply chains back up to speed. But what speed is best?

Carmaking in India had ground to a halt on March 22 when the country shut down its manufacturing sector—and most other parts of its economy—to contain the coronavirus pandemic. The lockdown didn’t lift until late May.

Maruti Suzuki, which controls half the India car market, saw its output for April-June plunge 80% to 76,000 units, the equivalent to about two weeks of normal production. The slump pushed the company into its first net quarterly loss since going public 17 years ago.

The big question for the industry now is whether July’s rebound will stick.

Carmakers—nervous about high unemployment and a still rampaging COVID-19 outbreak—aren’t so sure it will.