The start of the NTT IndyCar racing season was delayed nearly three months to early June due to COVID-19.

Now the pandemic is being cited for pushing back the race series’ adoption of a hybrid powertrain with more powerful 2.4-liter engines from the 2022 season to 2023.

Development of the system and testing by teams stalled this year as organizers focused their efforts on creating a safe environment for drivers and fans—who returned to the stands on a limited basis for this weekend’s races at the Indianapolis Motor Speedway—in the wake of the coronavirus, says IndyCar President Jay Frye.

At the same time, IndyCar has extended its contract with the two current engine suppliers—Chevrolet and Honda—through 2028. The series also is looking for a third engine provider. 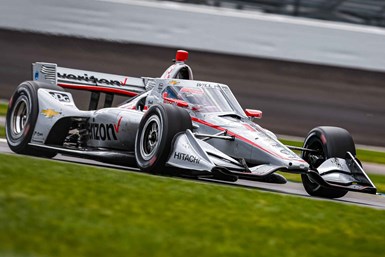 Chevy and Honda will continue to supply 2.2-liter twin-turbocharged V-6 engines to teams for the next two years.

IndyCar had planned to switch to the 2.4-liter twin-turbo V-6s (which also will be supplied by Chevy and Honda) in 2021. Those plans were pushed back a year when the hybrid system was announced in August 2019.

Plans to switch to a new chassis in 2022 still are unchanged.

Switching to a hybrid system is important to the future of IndyCar to better align the race series with the trend toward electrification in production vehicles.

The same holds true for Chevy and Honda.

“We need to build a bridge to the future," notes Honda Performance Development President Ted Klaus. 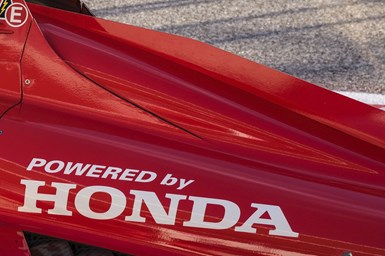 The IndyCar deal, which was revealed on Saturday, clarifies Honda’s motorsports plans a day after the company announced it will quit Formula One racing at the end of next season to focus on electric and fuel cell powertrains.

“When you compete, you learn things,” adds Klaus. “At Honda, we race to develop our people, to innovate technologies and to engage fans.”

Honda has competed in IndyCar for 27 straight years, sometimes serving as the sole engine provider. Chevy rejoined the series eight years ago following a six-year hiatus.

Consisting of a multi-phase motor, inverter and electric storage device, the hybrid system will enable regenerative braking capability and temporarily increase turbo boost pressure to more than 900 hp for 200 seconds during “push-to-pass” maneuvers.

The system also eliminates the need for external engine starters. This will allow drivers to restart stalled vehicles directly from the cockpit, which will reduce safety risks and speed up the process.