Fast, reliable and capable are some of the characteristics of this new hardware
#Intel

Given that an increasing number of industrial companies are looking to make their factories and products smarter, making them elements of the Internet of Things (IoT), there needs to be a way to assure that they are smart, quick and reliable. 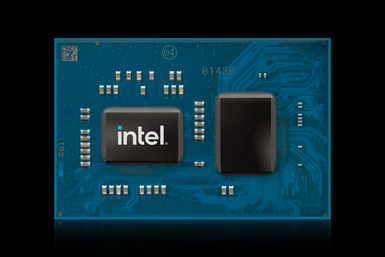 As John Healy, vice president, Internet of Things Group, general manager, Platform Management and Customer Engineering, Intel Corp., put it of IoT for industrial use, “Solutions require things like highly timed deterministic applications; the ability to meet regulations behind functional safety; and there needs to be interoperability.” And, of course, there needs to be security.

So to that end, Intel has developed 11th Gen Intel Core processors for IoT applications. The hardware offers time-coordinated computing, functional safety design elements, and the ability to deal with temperature extremes.

Compared to its 8th-gen versions, the IoT hardware provides up to a 23% gain in single-thread performance and up to a 19% gain in multi-thread performance. To address the needs of things like robotics and transportation control, there are extensive virtualization, in-band error correction, and other functions for real-time computing.

In addition to which, they developed the Atom x6000E Series and Pentium and Celeron N and J Series processors with new levels of CPU and graphics performance with integrated IoT features, real-time performance, manageability, security, and functional safety.

With these announcements, Intel is providing some of the means to achieve that.