UPDATE: Is Ghosn Correct about Nissan Plot to Oust Him?

Carlos Ghosn claims Nissan executives plotted to remove him as chairman. New emails suggest he might be right.

Bloomberg news cites sources and internal emails that show senior Nissan executives were alarmed by Ghosn’s plan to more closely meld their company with Renault, its 20-year-old alliance partner. Doing so, they fretted, would strip Nissan of the remains of its autonomy.

Nissan describes the emails cited by Bloomberg as “forged or falsified” by Ghosn supporters, who have been circulating them to numerous news outlets over the past several months. Bloomberg, which also spoke to unidentified sources at Nissan, stands by its reporting.

The news service says concerns among Nissan’s top executives about a possible merger with Renault prompted a 10-month-long “methodical campaign to remove a powerful executive.”

The effort culminated in November 2018, when Ghosn was arrested in Tokyo and eventually charged with four counts of misusing corporate funds. Last December he escaped to Lebanon, claiming a fair trial in Japan was impossible and vowing to clear his name. 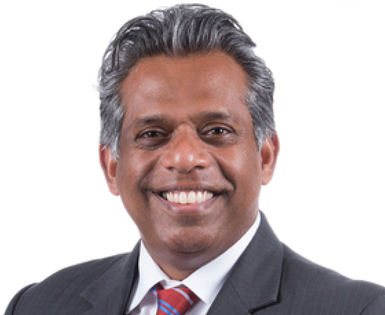 In April 2018, Nada warned then-CEO Hiroto Saikawa that Ghosn’s merger plans could “create a major disruption and you may become of victim of it.” (Saikawa was later squeezed out over Nissan’s deteriorating financial performance and lack of financial oversight.)

Nada also emailed the head of Nissan government relations to suggest that the company “neutralize [Ghosn’s] initiatives before it’s too late.”

Nada further urged that his investigation be broadened to include more serious breach-of-trust claims, the emails and Bloomberg sources say. The news service says Nada added that the charges be “supported by [a] media campaign for insurance of destroying [Ghosn’s] reputation hard enough.”

Days before Ghosn’s arrest, Nada fired off a memo to Saikawa urging that Nissan scrap terms of the alliance agreement, thereby ending France’s ability to nominate senior Nissan executives and freeing Nissan to hike its stake in Renault or even take control of the French company.

Nissan had been simmering for years about the unbalanced equity terms of its alliance with Renault. The partnership gives Renault 43% voting interest in Nissan which, in return has a 15% nonvoting stake in Renault.

The French government owns 15% of Renault but has double voting rights. The state has periodically injected itself into business decisions for the sake of protecting French interests.

Not surprisingly, the Ghosn debacle has severely strained the Renault-Nissan alliance. It hasn’t helped Nissan’s sliding financial and sales performance either.

Even so, Renault—which is struggling with its own financial woes—and Nissan insist they are working harder than ever to revive their alliance.

Talk about merging the two companies has been shelved for now. But the health of each partner and their alliance remains unclear.